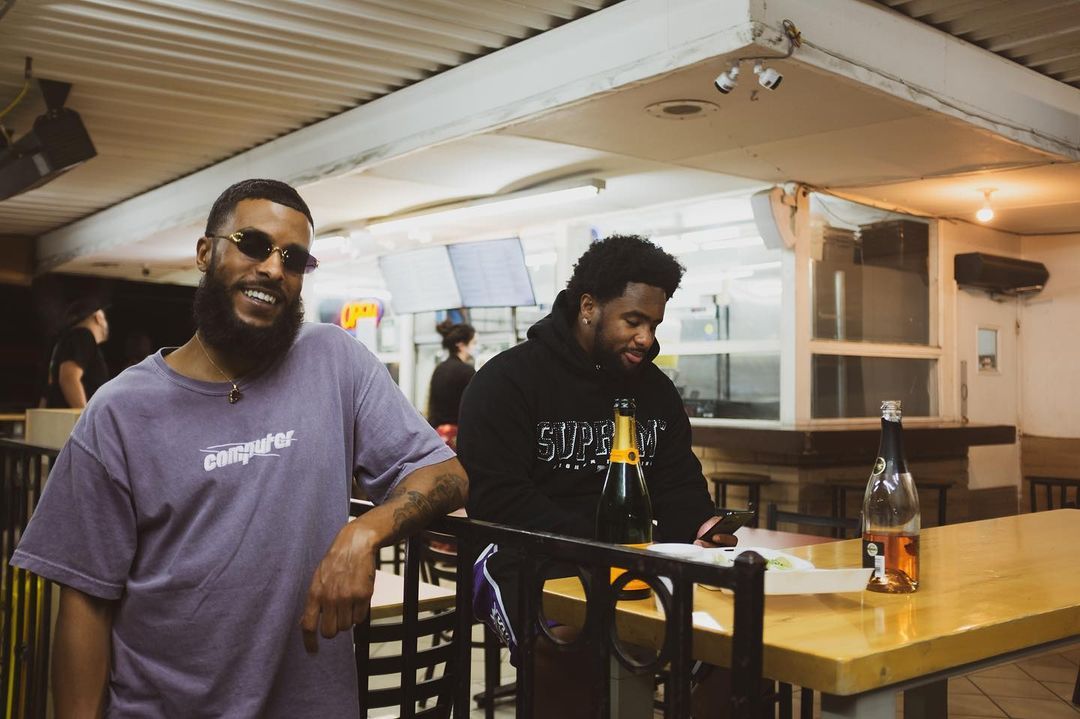 C PLUS IS A RAPPER FROM SACRAMENTO, CALIFORNIA WHO IS A TEN-YEAR VETERAN IN THE RAP GAME. HE RECENTLY DROPPED MERCHANDISE TO CELEBRATE THE RELEASE OF HIS PROJECT ALL C.I.T.Y. (CREATIVE. INTELLIGENT. TROUBLED. YOUTH.) WHICH BECAME A CATALYST FOR C PLUS AND BROADENING HIS MUSIC HORIZONS. WHEN I TALKED TO C PLUS, WE HAD A CONVERSATION THAT LASTED OVER TWO HOURS. I CAN RECALL IN THE TWO HOURS THAT WE TALKED, WE DOVE INTO THE ACTUAL WORTH OF STREAMS, WHY BUYING BILLBOARD PLAQUES DOES NOT NEED TO BE DONE, GANG CULTURE DIFFERENCES IN LOS ANGELES, SACRAMENTO, AND RICHMOND, VIRGINIA, VIRGINIA PRODUCERS LIKE TEDDY RILEY, BINK, PHARRELL AND MORE. TO TALK TO C PLUS FOR THAT LONG ALLOWED ME TO LEARN THE MAN BEHIND THE MUSIC AND SEE HOW PROFOUND C PLUS IS IN THE BUSINESS. WE EVEN DISCUSSED HOW IF AUDIOMACK AND BANDCAMP CAME TOGETHER, THEY WOULD BE THE PERFECT APP TO DISTRIBUTE SONGS ON.

C PLUS FIRST MADE WAVES THANKS TO HIS RENDITION OF WIZ KHALIFA'S BLACK AND YELLOW WITH THE SACRAMENTO KINGS-RELATED THEME-NAME BLACK AND PURPLE THAT WIZ GAVE PRAISE FOR. C PLUS ON THE BOOKING SIDE OF THINGS HELPED A YOUNG DOM KENNEDY LAND A SHOW IN HIS LATE TEENS. THIS INTERVIEW SHOWS A MATURE SIDE OF C PLUS THANKS TO A DECADE-LONG RUN IN MUSIC.

Interview written and conducted by Jay Guevara (@justinhisprime on all social media. Writer for PayDayLA and @themsqshop)

IT’S BEEN TEN YEARS SINCE THE LAUNCH OF YOUR DEBUT PROJECT, ALL C.I.T.Y. YOU HAVE SHIRTS OUT NOW TO CELEBRATE THE DECADE-LONG DEDICATION TO STAY WITH YOUR CRAFT. IN THE SONG ALL C.I.T.Y. FROM THAT ALBUM, YOU RAPPED ABOUT HOW YOU THINK OF ACHIEVING EQUAL RIGHTS FOR ALL PEOPLE. THE CLOSING LINES OF THE SECOND VERSE GO AS THIS “IF WE STAND TOGETHER AND WE BAND TOGETHER, WE CAN WITHSTAND WHATEVER. THE WORLD IS OURS PEOPLE.” DO YOU FEEL THAT MORE UNISON HAS BEEN ACHIEVED BETWEEN PEOPLE THROUGH MUSIC OR HAS MUSIC MADE PEOPLE MORE DIVISIVE?

Definitely more unification through music. Music is kind of similar to how sports and food bring people together. We're more alike than we are different. I think especially with hip hop, this generation. When we were younger coming up in the nineties everything was influenced by hip hop. Fashion, the Stuart Scott SportsCenter references (rest in peace), movie culture. All influenced by music. Everything adjacent to music was influenced by hip hop. Because of social media, it's reversed. Music is more influenced by what's going on in popular culture rather than being the other way around. This younger generation doesn’t understand where hip hop really came from and they don’t have a deep connection to the culture. Think of it this way: you spend 70% of your time with music playing. 70% is from one generation of culture with a different subculture, you don’t realize you're a participant of the culture because you’re putting mental awareness to hip hop. Nowadays, it's influenced by what celebrities say. Not only that, but it's also by people who feel like they need to be the person to change generational wealth for families or getting into cryptocurrency or whatever trendy shot. It could be Tiger King this week, Squid Games next week, or a random celebrity like Miley Cyrus or Adele, it's so much shit to distract us from how hip hop can dictate the culture.

I FEEL YOU ON THE UNIFICATION ASPECT. TO ME, I ALWAYS SAY RICE AND WEED ARE THE TWO MAIN THINGS THAT BRING WORLD PEACE BECAUSE EVERY CULTURE USES AND ENJOYS RICE AND WEED. THE SOCIAL MEDIA POINT YOU BROUGHT UP IS VALID DUE TO HOW FAST THINGS COME AND GO IN THIS MICROWAVE ERA WE'RE IN WHERE A CERTAIN SOUND OR PHRASE IS TRENDY AND THEN THE NEW THING COMES ALONG MUCH FASTER THAN PHRASES WOULD PRE-SOCIAL MEDIA ERA.

WHEN YOU WAS TALKING ABOUT THE PROJECT ON SUBMERGE MAGAZINE BACK IN 2011, YOU STATED THAT “I don’t feel like I’ll ever be as hungry, as focused and as driven as I was when I created this album, so I’m afraid I won’t have the inspiration to draw on to make something as dope the second time.” I HOPE YOU WOULD AGREE WITH ME WHEN I SAY THAT YOU CONTINUED TO MAKE CONTENT AS DOPE AS ALL C.I.T.Y. THE PAST TEN YEARS. WHAT WERE SOME THINGS THAT KEPT YOU TO MAKE MUSIC FROM 2011 ALL THE WAY TO YOUR LATEST PROJECT LIVE FROM THE CRIB? 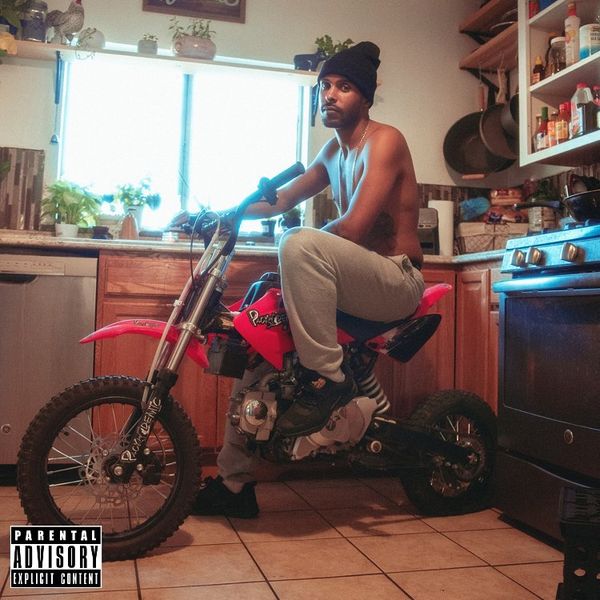 I had a team. That's why I felt. I literally had six individuals around me that helped greatly and I also had to unlearn a lot of shit because I was real egotistical. I know what I had and I was willing things into existence. I grew to manifest my destiny. I thought about it so much and thought I was gonna be there. The plan was to put my album out, push it for two years, get a deal, I'll be there where I was in five years. In a year, I opened for Wiz twice, recruited person that ran all the pr PR became AR. I was flown out by Dame Dash to New York to work with Skee beats. I knew what I was capable of and acting how I was acting. It pushed everyone away because there is a way to act when you’re the focal point, it's like walking on eggshells because you're the driving force and after a situation, when you're the focal point, catalyst in things that the other people are sacrificing for you. You have to be extremely sensitive and considerate to people around you. They put personal shit of theirs to the side to help you. They're people who are sacrificing their time and resources to help you with your shit and at first, it’s not instantly gratifying. Coupling that with being an asshole and you'll eventually end up by yourself. I had an A&R. I had someone literally sending and making beats with producers with credits for SXSW. During times with SXSW, I had sixteen shows. I opened up A$AP Mob and Travis Scott based on relationships. I had someone that did the cover art and eventually became a creative director for revolt. I had a dude that would shoot my videos and he works for National Geographic now. You figure I had six to seven people committing their lives to make my life better and I'm always grateful for that. When I started, I was twenty-three smoking weed, drinking cough syrup every day not giving a fuck. I focused on and got the tunnel vision to rap and everybody around me wanted for me to get to that point. Everyone wanted a career and they looked at it as the fastest way to get it.

I had a couple of meetings and offers after the first album All C.I.T.Y. After six months the album came out, it was quiet. We went to go back and do the second album with people like Chase Moore, two other people, and my manager. While working on the second album, life looked a lot different when All C.I.T.Y. came out. When All C.I.T.Y. was out I looked like a rapper with twenty deep entourage. Then when the second album came out, I looked like an adult struggling to have a balance with adult life. I envisioned being successful in this at sixteen and I grew up to be the person I wanted to be as a kid. Regardless of where the next chapter is, I'm at peace of mind. I dropped my nuts and put everything on the line for that shit. I think at the least, I gave eighty percent of myself to make music. I’ve been operating on a 70-30 system. Some of my favorite interviews were when Nipsey was on Rap Radar before and after Victory Lap dropped. Nip addressed how his position in rap was like playing with a handicap because some of the mainstream artists strictly do music while he was balancing different things from being an entrepreneur to a father and more. When he made Victory Lap, he was able to flip a switch on life after signing his first deal allowing him to go on autopilot and give full dedication to finishing it. That was me for my first album where I had that dedication and made good money off that first album because of how zoned in I was to everything revolving around that album.

IN THE VIDEO FOR WAVES PART 2 FEATURING NATE CURRY, YOU SPAT “BURNING YOU LIKE A FURNACE BE, YOU CAN CRANK THE NOB AND STILL WOULDN’T NEVER BE AS TURNT AS ME. BITCHES STEADY CURVING ME, NOT WANTING TO GIVE THEIR CURVES TO ME. EXECUTE IT PERFECTLY, THEN EXECUTE A PERFECT LEAVE. KILL PUSSY THEN KILL PUSSIES WHO TRY TO MURDER ME. YOU STILL PUSSY IF YOU STEAL PUSSY, CAT BURGLARY. FORTUNE 500 COMPANIES WANT TO MERGE WITH ME…” THE POET AND EMCEE IN ME ENJOYED THE RHYME STRUCTURE IN THE SONG. HOW DO YOU MAINTAIN YOUR PEN GAME OUTSIDE OF MUSIC? 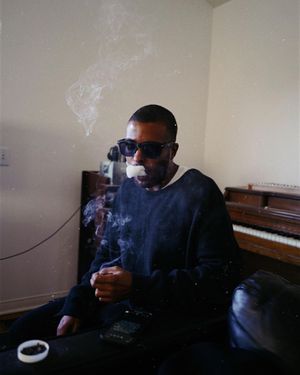 I try to think about the more intricate word processes like Wayne. Wayne says shit like it’s not the most complex but it's attention-grabbing. For example, on I'm On One, he said, "I’m a made n***a, I should dust something." like bro, WHAT? The double entendre. He's made, or self-made like a mafia don, but also made the made/maid homophone work with the maid reference by saying "I should dust something". I also stay sharp with practicing word association. burger king crown in closet, I got the crown but my name in your mouth until li got the crown. That’s the only thing I do when I don’t rap word association is to listen to double entendres via battle rap and how battle rappers change the pronunciation of words to fit with what they’re saying.

WHAT DOES IT MEAN TO PERFORM FOR PAYDAY LA?

Super full circle because I’m not the youngest cat anymore. I can say that I put time into earning my stripes. Even now, I'm still getting my licks performing and also making moves behind the scenes to basically put me at a desk job in the industry. It's refreshing to see peers creating avenues and stepping in the OG role it’s a beautiful thing and that’s a good example of how the game is supposed to work. There's this narrative of younger cats having a chip on their shoulder because of how the older cats discourage the new sounds and that they hadn't learned enough at that point. In actuality, I see life as "reach one, teach one". The younger dudes can teach the older dudes and I've been on both sides of that now. I still learn from these young cats and that's how you're supposed to grow. Anytime I get a call from Prez to perform, it's an honor. I've been fucking with Prez since MySpace when he was booking me for shows.

You can find C Plus latest album Live From The Crib on all streaming platforms. He can be found running through the streets of Sac and on all social media @plusmoney. Catch him making an appearance at PayDay LA on January 19th, 2022 @ Resident. Free with RSVP here.